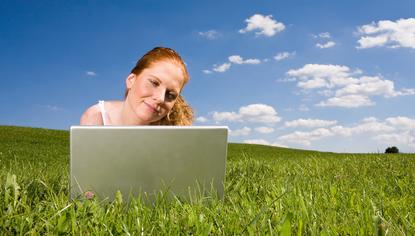 A new report into the social and online habits of the millennial generation claims to undermine several popular myths about the digitally native generation, while introducing a new set of behavioural –based personas for marketers to consider.

The new Millennial Index of US and UK consumers between 17 and 31 years of age was produced by Redshift Research and communications agency, Bite, and sought to delve into the online behavioural motivators for the younger generation, as well as their use of social media platforms and different devices.

While most marketers believe millennials dedicate a large proportion of their time to social media, the report challenged the myth, pointing out only 41 per cent spend more than three hours a week on Facebook, while 43 per cent don’t use Twitter at all. Those who are online for longer periods of time claim not only to be involved in social activities, but also researching via work/study-related online forums and user groups.

The report found the average millennial spends 108 hours per year browsing the Internet for work or study, a figure nearly on par with time spent texting. In addition, 77 hours a year are devoted to reading news online, compared with 71 hours on Twitter and 36 hours looking at celebrity gossip.

While mobile connectivity is becoming increasingly pervasive, the study reported 65 per cent of millennials spend more time accessing the Internet via a laptop or desktop PC than they do on newer devices. However, 52 per cent do watch streamed films or TV programs on mobile devices, and 39 per cent using video chat on their smartphone or tablet.

The perception of millennials behaving the same digitally is also a fallacy. Redshift found consumers exhibit a diverse range of behaviours digitally and shouldn’t be treated as a homogenous group.

What is apparent is the rising popularity of visual-based interaction as part of the online experience. According to the report, 60 per cent of millennials are on YouTube at least an hour a week, and one in four spend more than three hours a week streaming film online.

“This shift to a more visual, video-based online culture will be an increasingly important consideration for marketers wanting to effectively engage with the millennial generation,” the report authors stated. In a sign of what’s motivating the next generation, 77 per cent of respondents said ‘determination’ is a secret to success, and 77 per cent believed it was ‘hard work’. Twenty-per cent also want to be successful entrepreneurs.

“Millennials are a generation that is growing up to favour a scientific and pragmatic approach to life,” the report authors claimed. “Millennials increasingly rebel against spin and instinctive or emotional arguments. Instead it is one in which rational opinions of perceived experts are highly regarded, where emotional appeals from non-experts are great with scepticism.

“This cynical view is also extended to traditional sources of news and information such as journalists and politicians, leading millennials to rely more on the views of their friends, peers and people they regard as experts.”

Based on its findings, Redshift and Bite have devised five emerging personas which they claim showcase the different aspirations and motives for these consumers. These are:

The Millennial Index was based on a survey of 2002 individuals in the US and US over August 2013 involved 144 questions.