New market report from Zendesk and Loudhouse finds brands spending too much time on omni-channel retailing, and not enough time unifying their mulit-channel customer experience 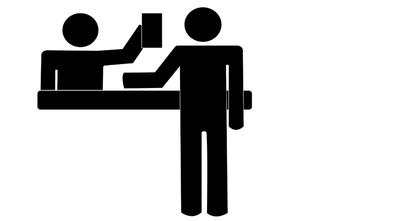 Australian brands should spend less time focusing on omni-channel sales and instead ramp up their cross-channel customer service experiences, a new report claims.

The omni-channel customer services gap report, produced by London-based research agency, Loudhouse, on behalf of Zendesk, surveyed 7000 consumers globally in August between 18 and 64 years of age, including 1000 in Australia.

It found 79 per cent of Australian consumers believe brands pay more attention to increasing sales through their different channels, rather than a joined up customer service.

Globally, 67 per cent of online shoppers have made purchases in the past six months that involved multiple channels, with 25-43 year olds just higher than 18-24 and 35-44 year olds, and 69 per cent believed expectations for customer service are increasing year-on-year. Just 7 per cent are extremely satisfied that brands are providing a seamless, integrated and consistent customer service experience cross-channel.

According to the report, more than half of Australian consumers expect to be able to return goods via a different channel to the one they used to purchase, and 43 per cent expect to be able to contact the same representative regardless of the method they originally used. This was higher than the global average of 37 per cent.

The payback for brands offering a more united customer service experience is significant. Eighty-two per cent of Australian consumers will use a brand again if they have a simple, seamless and unified user experience, while 41 per cent are prepared to spend more money with a company that delivers excellent customer service.

Forty-four per cent of Australian shoppers share a bad experience with friends and family, and 13 per cent share poor experiences on social media.

Top of the list for Australian consumers when it comes to customer service are speed of response (88 per cent), resolution (89 per cent) and use of effective processes (84 per cent). Interestingly, 53 per cent of global respondents also consider it important to resolve their own product problems.

While the phone remains the most popular channel to communicate through for 59 per cent of Australian respondents, 53 per cent said they would most likely choose to email customer services with an issue or problem. One in three also used self-service portals in the last six months, and 21 per cent are using live chat tools.

The rise in digital channels echoes a survey undertaken by LivePerson earlier this year, which found the majority of Aussie shoppers want real-time help online, and that 36 per cent will abandon a website if they have difficulty getting help online.

Over the next 12 months, 66 per cent of respondents said they are likely to contact a brand via email, and 57 per cent will do so directly in-store.

“Australian brands are failing to match their omni-channel efforts in sales with their customer service experience,” commented Zendesk vice-president and Asia-Pacific managing director, Michael Hansen. “To meet the demands of today’s consumers, they need to create seamless customer service across every channel.”

Worldwide, 78 per cent of respondents said a company’s reputation for customer service is important when choosing to buy from a particular brand.