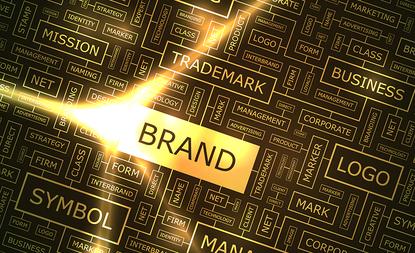 The rush for many businesses to get online inevitably leads to a heavy focus on technology and marketing. But for WA’s Yahava KoffeeWorks, something else remains just as important – the brand.

Dave Bassett is a branding specialist who joined Yahava after working as a consultant. As a speaker at this week’s OnlineRetailer Roadshow, he will discuss how the crucial element for Yahava – and any business – is authenticity.

“A lot of businesses have tried to build reputations based on slick advertising and clever slogans and I think we are now at an era where consumers are much more sophisticated, so that stuff just doesn’t cut it any longer,” Bassett says.

Yahava was founded by Dutchman, Alex Kok, in 2001, after being inspired by the simple cellar door marketing strategies he saw employed by Western Australian winemakers, and by the small coffee roasters he had seen in Europe. Hence he combined the ideas and began roasting coffee and selling it out of a small shed.

Yahava has now opened stores in the Margaret River and Swan Valley regions, as well as expanding internationally to Singapore. It is also opening drive through facilities, including four in Melbourne.

According to Bassett, everything the company does is informed by its in-store customers, but increasingly that is supplemented by online interactions and Yahava’s growing presence on Facebook.

“Were working hard to identify what works with our fans and our customer base, watching how they respond and engage and what they are asking for,” Bassett says. “There is no doubt that business is going to be increasingly driven by online communities, so we've really got to build something that they genuinely engage with and like.

“The online sales are starting to take off, but it doesn’t replace the on ground experience. So getting that balance is quite crucial.”

The quest for balance has led Yahava to work with Facebook to increase its fan base and engagement levels. Its Facebook page is now rapidly approached 7000 fans.

“The quality of the fan base is really high, and their level of engagement is really high,” Bassett says. “You don't need a social engagement strategy when the brand is social by nature, so this idea of creating different silos within the business I think is a real mistake. But we see Facebook as hugely important because it enables our fan base to talk about us.

“We’ve got a number of conversation streams we've identified as areas that we want to talk about and that our fan base will want to know about. We’re trying to use the medium to engage our fan base rather than sell to them, because we feel we don’t really need to sell to them. What we do need to do is be a part of their day. And when they feel that way about us, we’re getting to where we want to be. The rest of it takes care of itself.”

The focus now is on creating a new CRM system that will integrate more closely with Yahava’s website and Facebook page. But Bassett is being careful not to let the technologists take over.

“As businesses become more and more online entities, they are going to have technicians at the wheel, who have traditionally displayed hopeless understanding of brand and brand building,” he says. “And that is a real concern, because if those people don’t understand brands and brand building then the potential is for online communications to fail miserably.”

To that end, Bassett believes Yahava will increasingly seek to recruit the technical resources and expertise that it needs, rather than relying on consultants. It is a policy that even saw him leave consulting to join the organisation.

“Businesses are going to have to get experts on-board to help them with their communications work,” Bassett says. “Farming it out to consultants is going to be a thing of the past, and mainly because it is just so complex now using different sorts of media and how it blends together.”