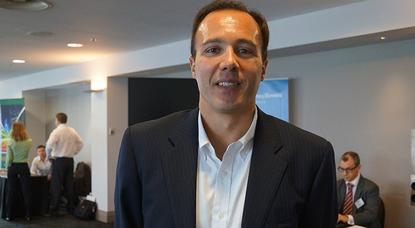 Brand social engagement should be structured and driven by specific objectives or shouldn’t be attempted at all, the head of social strategy for BBC Worldwide claims.

Awareness, for example, is about driving the reach of the brand and is an extension of the core product, he said. An example from the BBC TV series, Top Gear, was launching a Google Street View version of the Dunsfold Aerodrome test track promoted through social channels, which helped extend interaction with fans beyond the show.

Connection is about sharing and acknowledging content in a way that proves you understand the audience, Sider said. In Top Gear’s case, this drove its ‘petrol heads with attitude’ competition, which generated 13.2 million Facebook likes. These activities are also a way of getting access to email addresses and customer data, he said.

Social is also about generating traffic to other content or information sources, Sider said. He pointed out 38 per of total website traffic last year (1.4m per month) to its Top Gear website was as a result of Facebook. This helped generate more than £1 million in cross-media advertising campaigns.

Engagement, meanwhile, is about giving control back to the fans, Sider said. “We see a direct correlation between engagement and profitability,” he commented.

A recent initiative from the Top Gear team was asking social media followers to share how they spent the weekend in cars. By posting these submissions on the Top Gear portal, BBC Worldwide was also able to increase traffic to its website as well as generate new content for its affiliated magazine.

Social activity has also triggered commerce-based opportunities which have generated additional revenue streams for the Top Gear business, he said. An example is the limited edition Lego Stig keyholder, which was created as a result of user interactivity around Lego models of Top Gear scenarios and characters. The keyholder sold out within two hours of its release.

“If what we’re doing doesn’t focus on these five objectives, we don’t do it,” Sider said. “Social media has to be structured.”

According to Sider, a brand’s maturity and audience demographic will dictate whether one of these is of more relevance than another.

“In some brands, it will always be about awareness and engagement,” he said. In the case of the BBC’s Sherlock TV series for example, it’s a concept product and requires that awareness and reach. With Top Gear, the impact of social is directly related to revenue because traffic on the sites is being “activated” and monetised, Sider said.

“With Top Gear, we have also earned more ‘permission’ from the fans to go further and do commercial activities, which isn’t the case on BBC Earth,” he added.

“People still want to share but they also want to engage with content that can extend their pleasure beyond the TV show,” he said. “This has to be done securely, because people are increasingly realising these assets are very valuable… it [social engagement] must be structured but also has to provide a way for people to engage in their words. This is what we are trying to do.

“How creatively you engage with these fans determines how profitable you will be in the future.”

“It’s one thing to analyse data; it’s another to have people on your team that have the DNA of your brand inside them,” he said.