The first ad debuts on Instagram, courtesy of Michael Kors 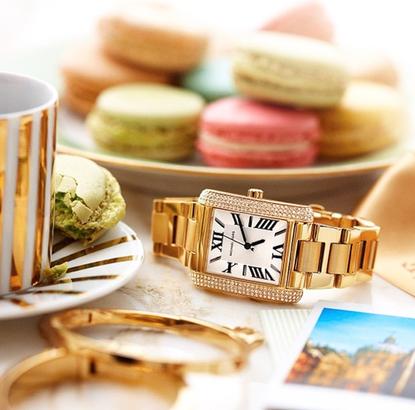 It's official: Instagram now has ads, and the first one appeared Friday courtesy of fashion designer Michael Kors.

A colorful image of a luxury watch sitting on a table appeared on the photo-sharing app Friday, an Instagram spokesman confirmed. It was shown to women in the U.S., regardless of whether they were following the brand.

Instagram began testing ads last week, but the Michael Kors post is the first branded advertisement to officially run on the service. More ads are on the way, Instagram said, but the company did not specify when or how often.

Facebook bought Instagram last year for roughly US$ 1 billion, when the app had practically zero revenue. Since then Facebook has made significant progress in monetizing its own site on mobile, and Instagram appears to be its next area of focus. The aforementioned ad trial on the app encompassed 10 different companies, Facebook Chief Operating Officer Sheryl Sandberg said earlier this week during the company's third-quarter earnings call.

Ads on Instagram will be labeled as such with the word "Sponsored" in the upper-right corner. By clicking on the "..." in the lower-right corner, users can hide the ad after it appears, and provide feedback to Instagram about what they didn't like about it. This feedback, according to Instagram, will let the app deliver more relevant ads to users.

Friday's ad is a still photograph, but ads will also appear on Instagram in video form. The ads will be designed to fit in naturally with people's feeds, Instagram and Facebook have said. "Ads should fit the format of the product they're part of," Facebook's Sandberg recently said.

Compared to Facebook's 1.19 billion monthly active users, Instagram is small, with 150 million active users, according to Facebook. But the app's popularity is strong, so it could become a lucrative place for ads, if Facebook doesn't drive away users in the process.