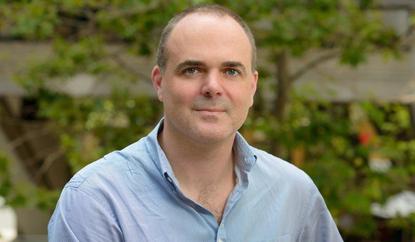 With more than 14.5 million active users spread across 80 different sites, Mi9 has a lot of data to work with. But even in this data-rich environment, the human touch still applies.

Maybe that’s because Mi9’s managing director of Data and Services, Richard McLaren, happens to also hold three degrees in philosophy (including a Masters in Philosophy from Cambridge University) along with his extensive digital media experience.

Hence he is as much at home talking about different models for the evolution of science and abstract systems as he is about real-time data analytics. Ultimately, says McLaren, getting things right for a company like Mi9 requires the ability to hypothesise and think outside the system to come up with brilliant ideas.

“You need the machine to prove you are right, but the balance is that we want people to have original ideas and be able to spend more of their time thinking of crazy stuff that we can then test,” McLaren says. “The beautiful thing with us on the home page is that we get so much traffic that the signal is really strong, really quickly.”

Mi9 boasts an impressive range of digital assets, from the news and entertainment site, ninemsn, backed by its content partners Nine Network and Bauer Media, through to Microsoft-powered services such as Outlook.com, SkyDrive, Xbox Live and its more recent acquisition, Skype. Combined with a user panel based around Microsoft’s Bing search engine toolbar, Mi9 boasts user coverage in Australia that it claims exceeds Facebook.

Those users generate a lot of data, and McLaren and his team have been able to use that data to test some of their more left-field ideas, including major site changes on ninemsn such as pulling out the Editor’s Pick box.

“What we determined was that by taking that out we increased clicks below that line by 16 per cent,” McLaren says. “That was a surprising outcome. You’ll actually see more experimentation now on the home page using data than there’s ever been.”

Just over six months ago, McLaren brought all product development at Mi9 into its data organisation, encompassing all consumer products, ad products and creative services. This, combined with the fact that its reach extends across multiple platforms, also gives Mi9 the ability to understand consumption patterns more effectively, and to design sites and applications that specifically reflect recorded user behaviour.

“So what does the data tell us about the data in which content is being consumed, and how do we frame products from a digital perspective that exactly meet those needs, such as whether they are on a bus travelling or in their lounge room,” McLaren says.

“Everything we do is driven at a feature level entirely by what the data is telling us.”

One outcome of that is ninemsn Now, a mobile oriented service that delivers 15 to 20 top stories for rapid consumption, is regularly updated throughout the day. That service is now being extended to tablet devices.

Data also means Mi9 can make smarter choices about what consumers actually see. McLaren says that may lead to variations between user experiences of between 5 to 15 per cent as they receive content more relevant and tailored to their experience.

“It may be that you see things in a different order, or the stack of stories you see is different, but I don’t think we’ll ever get to a point where we have a distinctly different experience of ninemsn or of any one of our networks products based on who you are,” McLaren says.

“But you might see products that are more tailored to different people.”