Analyst firm predicts that by 2014, over 20 per cent of government agencies will hire a CDO 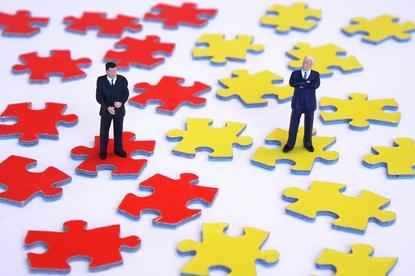 More than 20 per cent of government departments around the world will appoint a chief digital officer as part of their digital strategies, according to new Gartner research.

The prediction report entitled Beyond the Government CIO: Chief Data or Digital Officers? also forecast that 10 per cent of government organisations will appoint a chief data officer in 2014.

He said that the newly created roles are likely to coexist with more traditional ones, like CIO and CTO, in the short term.

“Government CIOs must establish good working relationships with chief data officers or chief digital officers to support the digital strategy, and identify areas where they can add value to a different role's responsibility,” DiMaio said in a statement.

“They should also push for a clear demarcation between their role and the roles of others with regard to information by defining clear principles about ownership, purpose and use.”

However, he warned that the overlapping roles and lack of a clear distinction about responsibilities on information management will lead to a rebalance.

Gartner US research director Rick Howard said the most vulnerable role will be that of the chief data officer due to tension between the CIO’s internal focus and the external focus of the chief digital officer.

“The application of open data principles to data other than public data will give CIOs the ability to regain a key role on driving the data architecture well beyond the externally facing remit of a chief data officer,” he said.

“Government CIOs need to assess whether they can and are willing to take over some of the responsibilities of other roles and build a road map to do so. They should move, as soon as possible, the discussion on open data from how to best share data with the public to the broader role that open data can play when applied to non-public enterprise data.”

The report predicts that by 2017, more than 60 per cent of government organisations with a CIO and a chief digital officer will eliminate one of the roles.

“Most likely, the chief digital officer role will be absorbed by, or become indistinguishable from, the CIO role. In a minority of organisations, the reverse might be true, mostly due to the negative connotation of the CIO as a role of the past. It is quite possible that the new integrated title will be chief digital information officer,” said Howard.