Zuckerberg said what about privacy? Researchers create archive to find out 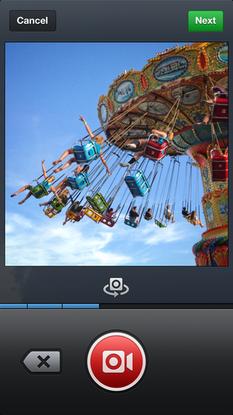 If users find Instagram's more robust features as easy to use as Vine's, it could take a machete to Vine's future growth.

Facebook CEO Mark Zuckerberg sometimes speaks quickly and his statements on Internet privacy are not always clear, so researchers have created an archive to collect everything the executive has said publicly, aimed at gaining a better understanding of where the company stands on privacy.

The University of Wisconsin-Milwaukee is hosting the Zuckerberg Files, a digital treasure trove containing over 100 full-text transcripts and about 50 video files documenting Zuckerberg's public statements for scholars to download and analyze. The statements include Zuckerberg-authored blog posts, company presentations, and print and video interviews going as far back as 2004. One of the archive's earliest entries is an article from the Harvard Crimson newspaper, when the then-Harvard student spoke about a file sharing service he was developing, called Wirehog.

The archive is in its early stages, but its developers have ambitious goals. One of the biggest is to investigate how Facebook's CEO approaches issues surrounding user privacy, how his public statements have changed over the years and to decipher more of the company's thinking behind new products for sharing content like photos and status updates.

Take when Facebook first introduced its News Feed in 2006 and the ensuing user backlash. In the aftermath, Zuckerberg essentially told people to calm down, said Michael Zimmer, the lead administrator behind the archive.

Even though the archive is collecting information that is already public, when looked at as a whole it can help detect changes in how Zuckerberg talks about sharing and privacy, Zimmer said. It can give "a better sense of his perspective" and the company's too, he said. And even if the statements come off as PR or corporate branding, new information could still be gained about how Zuckerberg has shifted the company's message over the years, Zimmer said.

What isn't said could be interesting too -- Facebook doesn't use the word "privacy" very often. Instead the concept is usually framed in terms of "user controls," or "openness." Software like NVivo could be used to analyze this type of rhetoric in the archive's text transcripts, Zimmer said. Then, the insights could give better information to the public about how Facebook really works, he said.

The archive's bibliographic data and metadata are openly available to anyone, but access to the full-text transcripts and video files is limited to scholars doing research in a relevant area. Zimmer didn't want to get caught in a legal gray area by re-posting, say, copyright Wall Street Journal articles about Facebook.

But for researchers, everything's acceptable under fair use principles of copyright law, he said.

One interesting finding so far in the archive's data is the amount of time that Zuckerberg has spent making presentations in places like Brazil and in Europe to promote Facebook's platform to developers, Zimmer said. Bringing the Internet, and Facebook, to more people across the globe is high on the agenda for the company right now, partly through its Internet.org campaign.

For Zuckerberg, "there are more presentations now on broader social issues," Zimmer said. "That's a change."