Even if a person has locked their profile, their interactions with others is telling, say Trustwave researchers 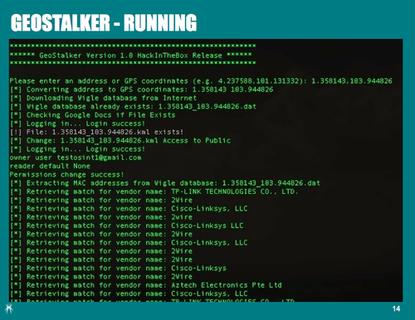 When a high-profile public figure living in Hong Kong hired the security company Trustwave to test if its experts could get his passwords, they turned to Facebook.

While the dangers of sharing too much data on Facebook are well-known, it is surprising how little data can give hackers a foothold. The man gave Trustwave's team no-holds barred permission to try and snatch his data, a so-called "Red Team" test.

The man's wife opened an email with a video demonstration of the bogus job candidate conducting a class. The malicious attachment infected her computer with malware, which gave Trustwave's analysts access, known as a spear-phishing attack.

The computer she was using was a hand-me-down from her husband. The passwords he wished to protect were in the Apple computer's keychain, so the hacking exercise "turned out to be a lot easier than we otherwise expected," Werrett said.

Mining small details from Facebook has become even easier with Graph Search, the site's new search engine that returns personalized results from natural-language queries. Graph Search granularly mines Facebook's vast user data: where people have visited, what they like and if they share those same preferences with their friends.

Graph Search immediately prompted warnings from security experts, who said its powerful data aggregation abilities could make people uncomfortable even though the exposed data is public.

So Lee wrote "FBStalker," a Python script he and Werrett debuted Thursday at the Hack in the Box security conference in Kuala Lumpur. In its current form, FBStalker runs in the Chrome browser on OS X, entering queries into Facebook's Graph Search and pulling data. They used FBStalker in the attack against the man in Hong Kong.

Even if a person's profile is locked down to strangers, their friends' open profiles can be examined, giving an indication, for example, who the person may be close with. FBStalker uses Graph Search to find photos in which two people are tagged in, comments on profiles and more.

An analyst could do that by manually using Graph Search, but it would require going through hundreds of pages of comments, Timelines and photos, Werrett said.

"It's basically not feasible for a human to go to the depths that FBStalker script does," he said.

In a slide presentation, Werrett and Lee showed how FBStalker collected data on Joe Sullivan, the company's chief security officer.

FBStalker showed places where Sullivan had been and infer who some of his friends are based on pages he had liked and commented on. Some of the information collected by FBStalker is plainly visible on Sullivan's page, but his friends list is not visible to outsiders.

Werrett and Lee also introduced at the conference "OSINTstalker," another Python script that Lee wrote which can be used for remote site reconnaissance as part of physical security tests.

GeoStalker takes an address or a set of coordinates and searches for any data geotagged with the same values, such as photos from Instagram or Flickr, messages on Twitter, FourSquare data and even wireless networks indexed by the Wigle database. It also pulls usernames for social networking accounts linked to the location.

When TrustWave is doing a Red Team test "it gives us a whole bunch of stuff that is quite useful," to mount an attack, Werrett said.

"No one is going to turn back the tide of people posting things to Facebook that potentially could be valuable in somebody else's hands," Werrett said. "If you want to walk away with a lesson, the lesson is that even if you're protecting yourself, what other people are doing with your information, your friendships, your comments and things like that can still be leaked."

"Maybe people will think twice before commenting on someone's drunken photos," he said.