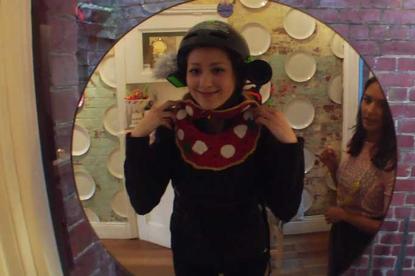 Twenty one coffees, 14 desserts, two kung fu lessons and one (so far) busking session are not typical measures of ROI for a campaign, but when Tourism Victoria reflects on the Melbourne Remote Control Tourist experience – part of the Play Melbourne campaign – those figures will probably be part of the post-mortem.

Tourism Victoria launched the fleet of remote-controlled tourists earlier this week. Each intrepid pair (there are four 'tourists' in total, working eight hour shifts of two) is hooked up to helmet-mounted cameras that stream video of their experiences in Melbourne as visitors to remotecontroltourist.com direct their journeys around the state capital.

In the two days since the launch, people from 122 countries and more than 1800 cities have participated in the experiment. The 'tourists' have so far travelled close to 50 kilometres through Melbourne (and participated in 71 "hi-fives, handshakes and hugs" according to Tourism Victoria). Requests to the tourists can come through the website or social media, with 1177 tweets actioned in the first two days of the campaign.

Behind the scenes a control centre receives requests for the tourists and then despatches them to new locations and experiences.

The campaign runs until 13 October.