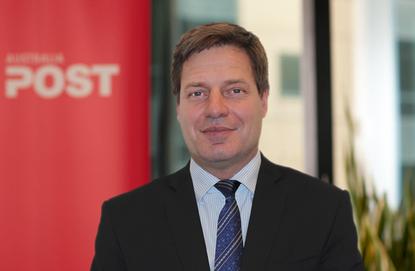 Australia Post has confirmed the appointment of former NAB head of strategy, Greg Sutherland, as its new chief marketing officer (CMO), effective from this week.

The position had been vacant for several months following the departure of former head of marketing, John Moore, earlier this year. Moore had been in the role for more than two-and-a-half years before resigning in April to take up a marketing director’s post with Australian health insurance provider, Bupa.

Sutherland will now be responsibility for brand, marketing services, customer experience and insights as well as digital marketing at Australia Post.

He was most recently the head of group strategy and innovation at NAB, where he worked on a range of key projects including its brand relaunch from National to NAB, as well as the creation and launch of its online-only banking subsidiary, UBank. Sutherland previously headed up marketing strategy at the banking group.

Prior to joining NAB in 2004, Sutherland was a partner and director at Boston Consulting Group, and also has experience leading Asia-Pacific ecommerce practices. His resume also includes sales and engineering roles with Honeywell and Woodside.

A spokesperson for NAB said Sutherland's responsibilities have now been split under a new reporting model between existing members of staff, including its executive general manager of strategy. No direct replacement will be appointed.