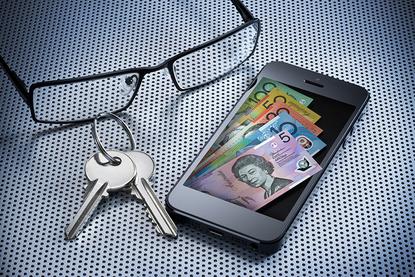 Facebook plans to test a new service designed to streamline the check-out process for people shopping on their mobile devices. It could become a competitor to other e-commerce players like PayPal.

The social network will be testing the service among a very small set of users, according to Facebook spokeswoman Tera Randall. Facebook is partnering with one or two outside companies for the test, she said. The trial program has not started yet, and Facebook did not say exactly when it would be rolling out, or on which mobile platforms.

The first partner for the program is Jack Threads, a men's fashion and clothing site.

Here's how it will work: Testers will be able to populate the merchants' billing form with the credit card information they have stored on their Facebook account. Thus, buyers wouldn't have to go through the tedious and inconvenient process of manually entering their payment information using their mobile device.

"The test is designed to make it easier and faster for people to make a purchase in a mobile app by simply pre-populating your payment information," Randall said.

Facebook already lets its users send each other physical gifts through its Gifts program, based on partnerships with companies such as Target, Starbucks and Fandango. Users can pay for the gifts with credit or debit cards, which Facebook then keeps on file unless the person takes action to remove the billing information from their account.

Facebook members can also use PayPal to make purchases within the social network.

However, Facebook has not seen much success with its Gifts program. Substantially all of the company's payments revenue is from users' purchases of virtual goods used in social games, Facebook said in its most recent annual report.

The new mobile payment system, therefore, could provide the impetus for people to make a wider range of purchases outside of the company's existing channels. Facebook also could gain more information about its users' buying habits through the program, which could be used to serve up targeted advertising.

The program would also improve Facebook's ability to compete against mobile payment services already offered by Google and Amazon. A slew of smaller startups are also active in mobile payments too, such as Square, Stripe and Dash.

For now, Facebook's program is not designed to compete with PayPal. The test does not involve moving the payment processing away from an online store's current payments provider, such as PayPal, Facebook said.

"We continue to have a great relationship with our payment processing partners, and this product is simply to test how we can help apps provide a simpler commerce experience," Randall said.

But if Facebook scales out the program, it could become competitive with PayPal and other e-commerce businesses from an end user perspective, said Greg Sterling, senior analyst with Opus Research. One scenario is that Facebook's users may decide they prefer to keep their payment information on file with the social network rather than set up an account with PayPal, he said.

Meanwhile, Facebook faces pressure to generate more revenue on mobile devices as its users migrate away from desktop computers. The company currently has more than 800 million monthly active users on mobile, up more than 50 percent from a year ago, Facebook reported during its second-quarter earnings call. Facebook has more than 1 billion users total.

Facebook has no immediate plans to charge a transaction fee to partners in the program, given that the social network is not currently processing the transaction.

PayPal could not be immediately reached to comment on Facebook's mobile payments plans, which were first reported by The Wall Street Journal's AllThingsD tech news site.