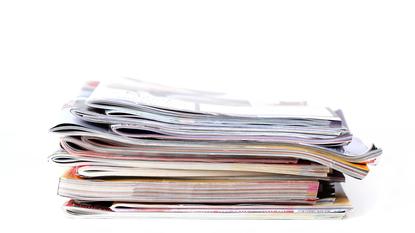 B2B print and online media remain a staple for media users in their quest for industry knowledge, yet marketers are failing to recognise their continued importance, according to a new survey.

The Value of B-to-B: Quantifying the role of the business-to-business information and media industry in the buyer-seller relationship report was produced by The Association of Business Information and Media Companies (ABM), and analysed how end users and marketers perceive a range of B2B media.

It found 96 per cent of all media end users visit B2B websites and read print magazines, and three-quarters use each formats at least weekly. The report also found 74 per cent of respondents consume both traditional and digital media, rather than choose one over the other, and 61 per cent see print magazines either staying constant or growing in importance over the next five years.

In contrast, 32 per cent of marketers plan to cut print ad budgets over the next 12 months, and only 54 per cent rate print circulation as a useful benchmark in terms of audience metrics.

“These two data points reveal a disconnect between marketers and end users: Marketers are moving away from print media, but our research suggests readers are not, at least not at the pace advertising is leaving print,” the report authors stated.

Print and TV are preferred advertising channels for consumers: Report

The ABM report also claimed B2B media users are loyal, with 68 per cent saying they spend more time with industry-related print publications than with mainstream business or consumer print publications. In addition, 63 per cent of respondents use websites and/or apps designed for use with mobile devices as part of their jobs, and 35 per cent do so at least once a week. While smartphones are most prevalent, 29 per cent of end users are using both a smartphone and a tablet device for business purposes.

The channel most popular with B2B marketers is events. Ninety-five per cent of survey respondents see audience demographic information as useful, and 85 per cent value in-person event attendance metrics. In terms of participation, the majority of marketers rated attendance and sponsorship as highly successful in creating new product awareness (89 per cent and 76 per cent, respectively), as well as in lead generation (90 per cent and 76 per cent respectively).

Of the end users surveyed, 80 per cent said they use conferences or trade shows to source industry-related content.

Unsurprisingly, mobile is a growing area of investment for marketers, and 43 per cent expect to increase spending on mobile advertising in the near future. Forty-one per cent also plan to boost e-newsletter advertising.