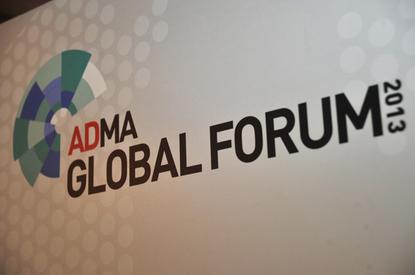 Rovio, the Finland-based publisher of the super-popular series of Angry Birds mobile games has undergone a dramatic evolution since the first incarnation of its most famous title hit handhelds in 2009.

The first Angry Birds was the company's fifty-first title and the smash hit catalysed Rovio's transformation from a games publisher to an a fully fledged entertainment company, according to Michele Tobin, the company's head of brand partnerships and advertising.

Tobin told the ADMA Global Forum 2013 that the success of Angry Birds has not only made possible the dramatic expansion of the brand from games to plush toys, theme parks, and (soon) soft drinks, but also made possible partnerships that let Rovio extend its "brand equity" to other companies and provide a connected audience amounting to hundreds of millions of loyal fans.

Angry Birds has been downloaded more than 1.7 billion times Tobin said, making it the largest game in the world. Some 263 million people actively play Angry Birds every month, giving Rovio "massive global reach across all territories". Last year, the brand delivered some $2.5 billion at retail. "That's a lot of plush toys and such," Tobin said.

The way fans have embraced the game "has allowed us to expand and grow beyond a mobile game publisher to a global entertainment and media company," Tobin said.

"Games remain the engine driver for everything we do but we developed a number of different businesses around that that allow fans to interact with our brands in different ways."

"Rovio has built an infrastructure that's very powerful in terms of promoting game, cross-promoting them to an existing audience base."

But promoting mobile games produced by its own team and other developers isn't the end of how Rovio has been using Angry Birds. Based on the success of its YouTube channel, the company branched into advertising-supported cartoons, which it launched simultaneously across all editions of Angry Birds.

It has also used the Angry Birds brand to promote products from other companies, such as Microsoft's Bing search engine, which featured in a series of Angry Birds animated shorts. This was accompanied by integrated Bing-based searches in Angry Birds titles to help players complete levels.

In China, home to Angry Birds' second-largest user base after the US, Rovio partnered with McDonald's for a location-based campaign. That campaign, launched in October last year, meant that McDonald's patrons could access custom content while in-store. It was accompanied by TV, social and in-game promotion.

"What we were able to do here is really bring the holy grail of mobile together in the right experience, targeted to the right person, the right customer, in exactly the right place and time," Tobin said.

"So we were able to offer fans that went into a McDonald's location a special experience in the game, along with special content in the game and power-ups. So we were really able to drive in-restaurant foot traffic by giving fans something of value."

Brand cross-pollination with partners ranging from US space agency NASA to former Guns N' Roses guitarist (and Angry Birds fan) Slash has also been part of the evolution of Angry Birds from a mobile game into a platform.

"The brand has serious brand equity," Tobin said. "In fact I had a brand, a consumer brand, come to me the other day and say, 'I think we'd like to borrow a little bit of your brand equity this year and do something interesting'.

"So I think that's where we may differ from other publishers, where yes we offer massive reach [but] we also offer something special in that the brand has recognition outside the game in the real world."