QR codes are still a thing, even if no one uses them

Quick-response codes could be really cool, if companies would just use them more creatively. 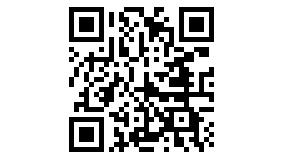 Quick Response (QR) codes were once as ubiquitous as Twitter hashtags on advertisements, but the emerging technology now seems like an afterthought. Poor QR codes--they never even stood a chance.

Why didn't consumers fall in love with QR codes? Well, for one thing, pulling out your phone to scan a glorified bar code on an ad (although QR codes store more information than a standard bar code does) to learn more about a product is a lot of work. It also makes the consumer complicit in their own marketing--to which most people say, "Thanks, but no."

QR codes are easy to make, print, and distribute--perhaps a little too easy. Tons of websites let you make QR codes for free, and companies regularly emblazon useless codes on products or ads that point to their own (not optimised for mobile) websites. It's enough to make you give up on the whole enterprise altogether. But you can find a few creative uses of QR codes out there right now (aside from this QR-code pizza masterpiece). It's not surprising that some of the best QR code usage is in an industry known for being a little more adventurous than most: Gaming.

Nintendo's Animal Crossing: New Leaf takes advantage of the Nintendo 3DS camera by employing QR codes that grant players access to designs and outfits for their in-game characters. You can also create your own designs and generate a QR code to share them with other players. New Leaf players say this feature makes the already addictive game even more so.

In Gearbox's Borderlands and Borderlands 2, QR codes scattered throughout the games unlock Easter eggs when you scan them with your smartphone.

Video games aren't trying to sell you stuff with QR codes. They're just an added bonus. They don't pressure you to visit a website, enter information, or buy anything--it's just part of the gaming experience. We don't want to go out of our way to scan such codes, so companies that incorporate them into activities we're already doing have a better chance of success.

Path is applying that strategy to social networking. The app recently rolled out QR codes for users to add friends on the network in real life--generate a code, have your friend scan it, and like magic, you are instantly Path friends. The feature is brand-new, however, so the number of people who are actually using the codes to add their friends is unclear.

Companies are slowly realising what consumers want when they scan a QR code--bonus content or the promise of free stuff--but such codes have a ways to go before reaching critical mass. There are no hard statistics indicating how many people regularly use QR codes, though January numbers from eMarketer suggest that many US consumers have at least tried them out--39 per cent of 18- to 24-year-olds have scanned a QR code in a magazine, and 38 per cent have scanned one on a piece of mail.

QR-code generator Scanbuy has seen growth every month since launching in 2007, says David Javitch, vice-president of product. The company processes 8 million scans a month, as of June. But Javitch says that Scanbuy, which counts Coca-Cola and Starbucks among its clients, has had to push for more-meaningful uses of the technology.

"There were a lot of businesses and companies just jumping in without thinking it through," Javitch says. "That maybe set us back a little bit. Maybe people tried it for the first time and got a subpar experience--the likelihood that they'll come back as frequently as if they had a good experience is lower."

Another obstacle is the ever-changing smartphone itself. You can download apps that scan QR codes, but few phones come with a native QR-code reader. Apple is building a QR-code reader into the iOS 7 version of Passbook, which could potentially boost the technology's popularity. By the time smartphone manufacturers get around to making QR-code scanning a priority, however, QR codes might be a thing of the past.

"We see QR codes gaining traction among consumers, that is true," says Forrester Research principal analyst Melissa Parrish. "But there's a race going on, because if you were to match up the adoption curve of QR codes with the increasing sophistication of mobile devices, those two elements are racing each other. At the point where you've got a critical mass of people using QR codes, things like NFC will have already become more important, or image recognition, or other seamless ways for consumers to receive content on their smartphones."