SEEK’s Jonathan Elliott discusses the importance of analytics in practically every decision that SEEK makes, and how analysts really can be heroes within their organisation.

There are some organisations that pay lip service to data analysis, and there are others that live by it. Australia and New Zealand employment site SEEK, is definitely the latter.

According to SEEK’s manager of digital analytics Jonathan Elliott, analytics is used in practically every decision his company makes. “For every single aspect of what we are trying to develop we use analytics to understand if it is the right product that is going to deliver the best value to the candidate or the hirer,” he says. 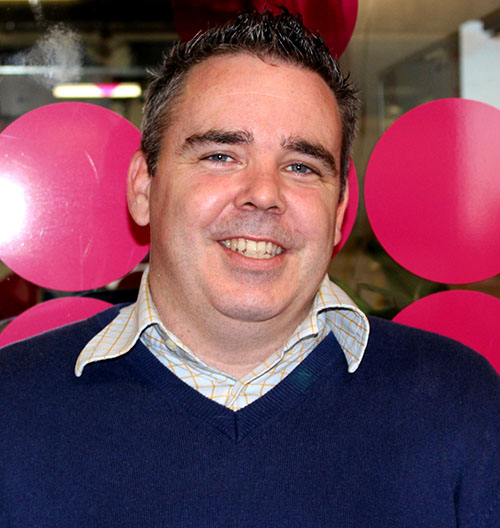 Elliott joined SEEK 18 months ago after a successful career in financial services. His role has required him to build a best-in-class analytics team for the organisation, with the goal of supporting a culture of high-speed product development and optimisation. SEEK’s analytics efforts will be the subject of Elliott’s presentation at the Adobe Digital Marketing Symposium in Sydney on 16 July.

“SEEK is accelerating,” Elliott says. “Being able to maintain an analytics team to support the level of growth and innovation is an achievement in itself.”

He has also helped expand the role of analytics beyond aggregate reporting of traffic trends and metrics to include more efficiency-related metrics. This is proving essential in supporting SEEK’s accelerated release cycle, which already sees the analysis of data on new initiatives commence within half a day of their launch.

“It is about understanding statistically when the measurement collected is significant, and representative of a change,” Elliott says. “It’s a big change from when I started, and we were worried about how many visits we got to the site. Now it is more around how engaging visits are.”

Part of what has made his role possible has been the culture of SEEK itself. Elliott describes the organisation as culturally flat, with little formal distinction between the tiers of management. Elliott reports directly to the product director, who reports to the general manager.

This culture has also enabled him to break up the physical placement of his team from a single grouping within SEEK to have them spread among the product teams that they are directly supporting. This has helped to ensure they are a true part of SEEK’s agile software development process, and its success has enabled Elliott to demonstrate true return-on-investment from the analytics skills and given him capacity to grow his team.

“Now each analyst sits in a product stream, next to a product manager and user experience designer and near the business analysts that are mining client data,” Elliott says. “When we build a new feature, they are there to help design the data collection, and provide input into how the feature could be improved and how much we can expect the market to interact and engage with it.

“These conversations happen much more fluidly because they are sitting there all day with the guys and they focus on developing that area of the product, rather than being dragged around across different products.”

For instance, in a typical product development scenario Elliott’s team might start by helping to clarify the needs of candidates, the features they are looking for and how often they might use them. As the product is developed, they provide insight into what has worked in the past in terms of design and layout, and ensure the right information is presented. They also build in the analytics framework for the product right from the very beginning, to ensure the right indicators are being measured, and the right targets set that will determine success.

After testing the new development is deployed, and within half a day the analytics team begins monitoring its performance and making recommendations.

Perhaps it is because the digital analytics profession is still relatively new, but it seems that no two professionals have ever found their way to it by the same path. For Elliott, the pathway to his current role started with an extended period trading fixed income securities at Credit Suisse in London. An intra-company transfer to Italy then saw him assist with the creation of a new Internet banking platform for the company.

It was in that role that he became interested in the business intelligence side of the operation, and particularly who was using the platform and how effective they found it.

“It became apparent that we needed a lot more understanding of what was working on the platform in terms of usability and design, and what wasn’t,” Elliott says.

That led him to seek a tool for digital analytics. His selection, Hitbox, was subsequently acquired by Omniture, which in turn was acquired by Adobe and merged into its Site Catalyst product (since renamed Adobe Marketing Cloud Reports & Analytics). Success in Italy soon saw Elliott asked to develop a global analytics strategy, including creating teams in other European countries where the platform was being used.

With that challenge under his belt, Elliott began looking for new opportunities, and subsequently heard about the role with SEEK in Australia.

“The number of roles that are advertised today around statistics and analytics is ten-fold to what it used to be,” Elliott says. “Previously, most people coming out of an analysis background like myself would probably have to work for a bank or a government agency or a scientist organisation. That’s changed, and every business these days is active in looking for people who can do analytical work.”

Analysts as the new action heroes

Today, Elliott is also keen to see other analysts be given the same opportunities that he has, through his contribution to the 2011 book Web Analytics Action Hero by Adobe customer analytics evangelist, Brent Dykes.

Elliott says the title of the book was a fitting description for how he sees the role of analysts in modern organisations.

“The choice of ‘action hero’ was in part to tease out the visibility of the analyst in the organisation - that we are not stuck in the basement crunching numbers and can’t add value to the company,” Elliott says. “And the other part was to incite the analysts themselves, to get them enthusiastic about what they were doing and make them understand they can make a difference.”

Making a difference might include being able to actively contribute to the creation of a better product or service.

“Feeling as though you are actually able to make a difference forms part of Maslow’s Hierarchy of Needs, in terms of self-actualisation,” Elliott says. “And it is something you are able to realise if you aggressively attack the idea of making a difference in the organisation using the powers that you have as an action hero.”

The book also aligns with another of Elliot’s belief – that skills in analytics are based on principles, rather than on tools. As an analyst he believes it is important to be agnostic in terms of your preference for tools, as technology is only an enabler.

“It’s more about the people and the processes and the way you approach your analytics program,” Elliott says. “In general terms most of the tools are very similar. They have some differences with regards to ease of use and integration with other tools, and each tool potentially has its own specific niche.

“But regardless of which tool you are choosing to use, it doesn't really define who you are as an analyst. Because it is not about getting the data or collecting the data and putting it into a report, it is about how you use them at to tell a story and to provide insight to make a difference.”

At SEEK, Elliott claims he has found an environment where this approach blends perfectly with a business culture where analysts feel they can make a contribution.

“And a lot more organisations today understand the value of analytics,” he says. “Once people start getting a taste of what insight a lot of the analytical functions in organisations can provide for a business, the appetite grows exponentially.”