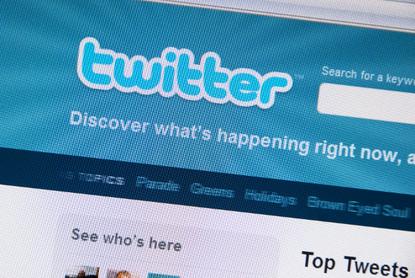 Eighteen months ago, US-based retailer Walmart was at a crossroads that many businesses new to social media find themselves: It was aware that a presence on social media was important for its brand, but it was lacking a clear, defined strategy.

"We had individual presences but we didn't really have a strategy about why we were there and what we were trying to accomplish."

A successful social media strategy is a growing necessity in the world of branding. According to a recent report from Forrester Research, 32 per cent of consumers find brands' official webpages by way of popular social media sites such as Facebook, Google+ and Twitter.

And this number has only been increasing: In 2010, for example, only 18 per cent of consumers found these channels through social media.

In the first nine months of its new social strategy, Walmart's Twitter engagement increased by a whopping 1200 per cent. Here's a look at five keys that Shah says have been integral to Walmart's success and are ones that every company can follow.

1. Determine what your value is

"Every business needs to know what its value is," Shah says. "Most people and most companies look at, 'What value can I get out of social?' But it doesn't work that way."

Shah says it's easy for brands to think about social media as a tool rather than as a way to deliver value. Walmart was guilty of that in the beginning, Shah says, but it took steps to get the brand on track and inline with the values it wanted to communicate-for example its sustainability efforts.

"Most brands consolidate multiple [Twitter] accounts into one, but we didn't want to do that," Shah says. "The best way for us to talk about something like sustainability was to attract an audience on social media and invite them somewhere where talking about it wasn't just OK, it was expected."

In addition to its Twitter account @WalmartGreen, the company added a number of other Twitter accounts to create communities centred around interests: @WalmartHealthy, @WalmartGiving and @WalmartAction, among others.

After developing a number of new Twitter communities, Shah and his team worked to better understand the people who were joining them by using the social media marketing tool SocialFlow.

"We wanted to find out who was there talking about what and whether people cared about certain topics," Shah says. "You might have had a hard time convincing me that people wanted to talk about sustainability and corporate responsibility, but they did. We tried to understand and profile them: What do they talk about? How active are they?"

Based on that information, Shah says, Walmart began to target them partly with content and partly with promotions.

"There are going to be times where we're going to put out a piece of content that the business needs us to, and people probably won't be excited about it," Shah says. "But outside those exceptions, we really try to create good content and part of that is educating ourselves about what good content is."

Shah compares his content strategy to a playground: His goal is to create an environment where people feel free to try and share different things, but metrics are still important.

"We share content that we think people will really like and we find out quickly whether or not it performs," Shah says. "It's about being authentic and transparent and providing value to build a better relationship."

In fact, Shah says, in the first few months after launching the community-based Twitter brands, Walmart chose not to spend any money on ads to promote the accounts.

"We wanted to make sure our strategy was sound and that we were delivering good content before we acquired a bigger audience based on a promotion," he says.

4. Get creative in your metrics

Using metrics to gauge the success of a social media campaign is easy for the marketing department, Shah says, because there are plenty of tools that exist to track ROI and how much money was made from various activities.

But his department, corporate affairs, needs to be a little more creative.

One metric they track is awareness. "Generally speaking, awareness is a good metric and it's not as appreciated as we'd like," Shah says. "If you can say, 'Hey, by using these tools we were able to expose our message to X percent more people than the typical vehicle,' then that's great."

Aside from awareness, they also track more tangible metrics such as how often a post is retweeted or made a favourite, for example. But the ultimate response to a piece of content, Shah says, is action.

"There's a progression of value: engaging with it, whether good or bad; responding to it or favoriting it; and then such a love for our content that it compels someone to action," he says. "That's the ultimate holy grail of advocacy."

Many businesses have the capability to collect data, but what separates the successes from the failures is what you choose to do with it.

"We use data, which is a seemingly impersonal and cold thing, to better understand our audience and to get close to building a more meaningful relationship," Shah says.

"Everything we do is about data, which is why it's so important in building out a good strategy. It lets us collect information and gain insights that we haven't been able to do before."