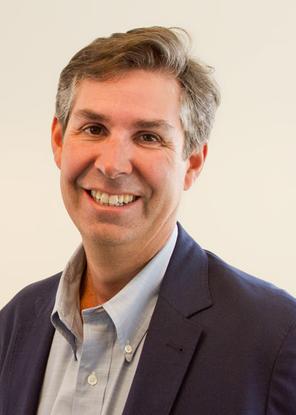 Search was the first medium to lend itself to defining customer intent through automation and data sets, and is the foundation for how data and technology are being used right across marketing today, Marin Software’s new CMO claims.

Matt Ackley was appointed the CMO in June and is tasked with leading the seven year-old brand and its customer relationships through the next phase of its maturity. Today, Marin Software’s revenue acquisition management platform used to manage US$4.7 billion of annual advertising spend and 4.7bn ad units worldwide.

Ackley joined Marin from start-up travel aggregation site, Zerve, where he was vice-president of platform and merchant services. Prior to that, he was managing director of media and platforms market development at Google and looked after industry marketing activities for the Google Display Network, DoubleClick platform offering, YouTube, Google TV ads and Google Analytics.

Surprisingly, however, Ackley didn’t plan a marketing career and in fact started with two degrees covering biomedical and electrical engineering before he joined Accenture as a developer coding mainframes. An MBA then led him to join various technology start-ups including online auction company, FairMarket, which listed in 2000 before being sold to eBay.

Ackley claimed he was “dragged, kicking and screaming, into the marketing world” during his time at eBay with a combined marketing and product manager role. But he quickly gained an appreciation for the capabilities marketers had at their disposal through new online channels and particularly, search data.

“Search was really the first medium that lent itself to auto generation of text, keywords, API interaction with Google, determining intent from massive amounts of traffic and keyword data, and automating the creation of ads and traffic,” he claimed. “The whole foundational concepts of using data and using technology really got their start in the search channel.

“What I've seen over the past seven or eight years is that what I call the ‘searchification’ of other channels. Just look at display advertising and the advent of real-time bidding ad exchanges: The same processes and skills that drove the evolution of search channel were then applied to their evolution.”

Jostling for position in the marketing ecosystem

US-headquartered Marin Software has had a rapid rise since launching in 2006, and publicly listed on 22 March this year. Ackley was drawn to Marin by its strong history in managing search advertising collateral, as well as the challenge of how it continues to grow in an increasing complex marketing technology landscape.

“There are problems to be solved around audience data, around creative optimisation, around – they're amazing problems and the marketing ecosystem is alive and thriving,” he said. “A company like Marin is playing a very prominent role in that ecosystem.”

Ackley’s first priority is to maintain Marin’s leadership position in search marketing technology. “Search is still a vibrant channel and we want to maintain our pace of innovation and meet the needs of our many search clients,” he said.

More recently, the business has begun expanding into other marketing channel management such as display and mobile, and Ackley claimed multi-channel integration is increasingly driving its product development. “As marketing organisations become less of a silo, the solutions have to become less siloed as well,” he commented.

“One of the theories I've developed about different channels over the course of my career is that even though the creative maybe different from a text ad to a banner or Facebook ad, the same principles hold true.

“Likewise, because we've mastered management of these in search, we feel we have an advantage in bringing these solutions to other parts of the marketing organisation.”

Although digital is well-entrenched in marketing today, many marketers still have a long way to go when it comes to tailoring and customising their approach to be suitably relevant to target customers. Just look at the results of Adobe’s Marketing Myths surveyreleased in June, which found consumers remain largely unimpressed by the digital marketing campaigns and methods being used today. More than half claimed online advertising was ‘annoying’, and 39 per cent found it ‘distracting’.

Ackley agreed digital marketing is nowhere near being truly optimised. As an example, he pointed out news that US retailer Best Buy has not yet optimised its landing pages to suit mobile devices.

“These mobile ad ecosystems and devices have only risen to prominence in the last three years, and it's challenging for marketers to adapt to the user experience,” he said. “You think back to why search is such a successful advertising medium. It's because the ad is seen by many users as an instrumental, as an addition to the user experience.

“From the standpoint of the publisher, we need to ask ourselves: What types of ads are we offering out and at what point in the user experience? How are we taking advantage of those creative palettes available to us? Things are evolving so quickly, we are all running at top speed to figure them out. As we used to say at eBay, ‘There's going to be some scraps on the factory floor’.”

Fortunately or unfortunately, depending on your point of view, the pace of innovation can only continue. Ackley highlighted the Internet of things, Internet-enabled watches, Google Glass, connected refrigerators and TVs as just a few emerging technology examples on our doorstep.

“These are going to not only add new touch points but new interfaces for which the advertiser is going to have to adapt,” he said. “It's not just three television channels between 7pm and 10pm at night, or a 30-second video spot.”

Ackley also saw video advertising gaining more prominence and highlighted cutting-edge efforts by Google and YouTube through TruView, where advertisers don't have to pay for the ad if the consumer skips it. “What that means from an advertiser perspective in terms of optimisation will be quite profound in the next couple of years,” he said.

“As digital advertisers, we have the ability to separate the audience from the context and therefore deliver much more relevant advertising.”

Intepreting data will be at the heart of this, although Ackley stressed this isn’t just about external information or big data. Instead he called on CMOs to make better use of existing data at their disposal first. Marin has an organisation is pushing to meet this challenge by investing in platform development, and ensuring its professional services team work with its own clients in bringing that data to the fore in the real-time advertising bidding process.

“Tapping into your own data can have very near-term positive results and is something marketers should pay attention to first before they start worrying about stitching together forms of third-party data,” Ackley claimed. “Once they exhaust those possibilities, then they can worry about the greater ecosystem complexity of data.

“A classic example is when you're going to optimise for search and you want to acquire a new user, you should actually not just think about the revenue from that transaction, you should think about the lifetime value of that user to the organisation and incorporate that into your optimisation methodologies.

“We're working with a lot of advertisers to help them understand and use those types of methodologies to make their advertising more effective.”

Regardless of whether CMOs are operating in the business-to-business or consumer world, this knowledge and ownership of the customer is the only way to succeed long-term, Ackley concluded.