Following news of his departure from CommBank, CMO Andy Lark talks about the need for marketing chiefs to be agents of change and calls for more focus on innovation across your team, technology and social approach 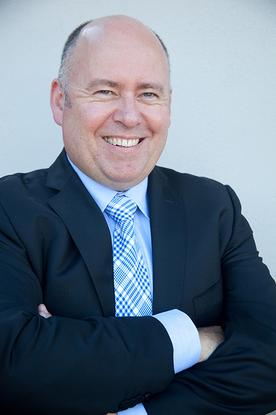 Andy Lark is one of Australia’s most high-profile CMOs thanks to his social personality, world-class experience, strong views and commitment to innovation. So when he says CMOs must be agents of change, you know he must be on to something.

For the benefit of those who have been hiding under a rock or just fallen from Mars, Lark earned his marketing stripes first at Nortel Networks then Sun Microsystems, before working for various start-ups in Silicon Valley. He then led global marketing for Dell’s $35bn enterprise and public group.

Over the last two years, Lark has spearheaded the Commonwealth Bank’s brand transformation and how it is perceived by customers and the market. Just last month, CommBank led the list of four Australian brands featured in this year’s Top 100 Most Valuable Global Brands study, jumping 12 places year-on-year to rank 48th with a 37 per cent increase in brand value to US$17.7bn. Lark has announced his resignation from CommBank but is expected to remain in the post for several months before he pursues his next career challenge. His immediate plans post-CommBank include finishing a book on business and marketing, as well as devoting more time to numerous directorships across public and private companies such as New Zealand-based No 8 Ventures. Lark is also an advisor to accounting vendor Xsigo, and Professor Gary Hamel’s Management Innovation Exchange.

Following news of his departure, CMO sat down with Lark to get his views on the bank’s achievements, social strategy, how technology impacts marketing, and role of the modern CMO. According to Lark, CommBank has achieved all five major priorities he originally set to rejuvenate the bank’s brand fortunes, making it a good time to move on. These included reigniting and transforming the brand, streamlining the marketing supply chain and improving operational efficiencies, and launching digital and social media across the organisation while utilising these platforms for next-generation campaigns.

“We have reinvented the website, Commbank.com, which was an enormous project, and we have brought more data analytics sciences into the bank,” Lark said. “We wanted to embed that deeper into marketing and brought in partners to help us pull that off.”

Lark is known for his commitment to innovation, and firmly believes the CMO’s first and primary duty is to help their team embrace what’s next. He agreed the pace of change CMOs must oversee and respond to has sped up significantly in recent years.

“There are lots of opportunities today for brands to do great things. As a CMO, you need to set the cultural tone and change agenda,” he said. “People get comfortable with the trains running on time, as opposed to getting on planes. Your primary role is to innovate the team.

“I think CMOs underestimate the power and ability they have to build the business in their image. Brave CMOs seek to challenge the structure of the business; you have to set the tone and the pace.”

Key to such change is encouraging innovation down in the teams and making it visible when it happens, Lark said. He also advised CMOs to make innovation outcomes part of staff KPIs. “I’d invest time in mapping the innovation territories that matter to the business and ensuring you are providing insights and data around them,” he said. “I saw a great example the other day where a CMO invested in clever segmentation and had pointed the team at a single customer archetype around which they could focus innovation.”

Managing and integrating technology into the business of marketing is another growing component to the job, although Lark is quick to point out technology has always been a part of the marketing function, along with managing supply chains and distribution. “We are also recruiting new talent, especially in digital, search and social,” he said.

During a presentation the Ad:Tech event in Sydney in March, Lark told marketers to view themselves as “engineers of customer experience”. While he admitted this should be obvious, many still aren’t doing a good enough job of it.

“We need to be looking across the entire customer experience and understanding that it is what creates our brand,” Lark added. “That means challenging every customer service break point. It also means architecting products surrounded by social and rich content, for instance.”

Social is one of the cornerstones of customer experience at CommBank and has transformed the way the organisation communicates. Facebook for example, is a core part of the bank’s social media community strategy. CommBank has more than 430,000 followers and claims an engagement rate of over 20 per cent.

“We see our online leadership with the likes of Commbank Kaching, and investment in other channels such as Twitter and Google+, as critical service and support channels, as ultimately being the springboard to social success,” Lark said.

Social is as relevant in business-to-business marketing as it is to B2C, he continued, pointing out some of the bank’s biggest wins have been with business in Facebook.

“There’s little point in listening to social media unless you are willing to do something about what you hear. That means marketing can’t do its job in a silo – it needs to be part of a company-wide effort.”

To meet the social challenge, CommBank invested in a host of technology platforms including Salesforce.com’s Radian 6 for social monitoring and Buddy Media for social marketing, Chatter for collaboration, Adobe’s Marketing Cloud for web platforms and monitoring, and Lithium and Jive Software for communities. “CMOs are going to need to appoint their own CIOs to manage the raft of technologies on which marketing is running,” Lark commented.

Looking ahead, Lark predicted more pure-play social activities as everything becomes digital and social by design. “All brands will have social at the centre of the agenda – it’s the new leg on the ‘earned’ media stool,” he predicted. “As agencies become savvier about integrating it into their offerings, it will only continue to grow.”

With increased reliance on social comes the question of whether marketers can find the best way of defining return on investment from such activities, traditionally perceived as the hurdle to adopting a broader social approach. For Lark, the ROI question will be solved by understanding the context and broader attribution model.

“ROI is very easy where the campaign is specific to social and actionable, is tied to revenue and a product,” Lark claimed. “Done right, it is generally off the charts.

“Where people struggle with determining the value of social is in the foundational activity like social media monitoring, building a brand’s general footprint in social, spending on community growth. Remember, it took a while for the Internet for be recognised as a channel – I recall the same conversations then. We need to learn from that.

“Guiding ROI based on one campaign is equally problematic because many factors impact campaign performance. Sophisticated solutions, like those offered by Marketshare, give CMOs the opportunity to get into smart channel performance management and attribution. It’s better to direct spend based on that kind of analysis and thinking, than the success of one campaign.”

Given his technology background and fervent belief in innovation, it’s not surprising to find Lark excited by emerging technologies that connect and enable better consumer experiences. He highlighted sensors and personal tracking devices as two key ones to watch.

“We are entering into the age of the quantified self,” he claimed. “A phone, Fitbit [wristband], Nest [thermostat device] and the cloud mean it is easier than ever to control everything from your fitness to when the lights are on in your home.

“The growth of digital and its always-on nature is driving heightened awareness of mindfulness. We will see it at the centre of the business agenda over the next few years.”

Technology and start-up experience have also given Lark unique insight into how to manage modern marketing environments, and he pointed to ‘hacking’ solutions and working on a shoestring as good lessons to learn.

“You get exposed to new management techniques like ‘agile’, and the always-on pace is something you never lose,” he said. “Start-ups also make you permanently dissatisfied – you get this awareness drummed into you that there are 20 companies out there about to do better, or doing better – so you’d better keep going hard.”

At this year’s Mumbrella 360 event in Sydney, Lark was again on the podium, this time discussing the theme of “being bold”. He claimed the role of the CMO as “creator” is overstated and said innovation is where the focus now needs to be.

“The place to start is at the edge of our teams,” he said. “We need to encourage innovation there because that is where the ideas are. So much of the entrepreneurial energy is there as well.”

Lark also believes the biggest stumbling block for many organisations is that 90 per cent of activities undertaken this year are what they did last year. “Think of it as a Marketing Venture Fund,” he said. “I’d suggest a chunk of that needs to go to media innovations.

“We are all looking for more systemic approaches to innovation. Crowdsourcing, digital 3D printing, and big data are all potential sources of innovation.”

Wherever the road leads Lark next, it’s clear he’s up for the ongoing marketing challenge even in the face of complex channels, game-changing technology and the need to engage consumers in a two-way exchange.

“Marketing is going through perhaps the biggest period of change I’ve seen in the past 10 years,” Lark added. “It’s such an exciting time to be in marketing.”