Friday round-up: News from around the watercooler

CMO picks 5 of the most intriguing, insightful and entertaining stories for marketers from around the web 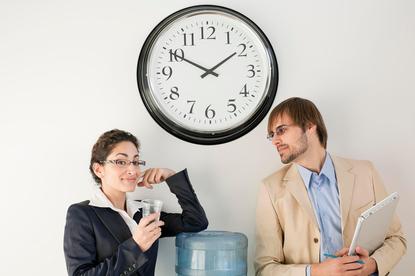 CMO picks 5 of the most intriguing, insightful and entertaining stories for marketers from around the web.

Researchers at Lancaster University have developed a new advertising system which tracks the eye movements of shoppers and be used to target tailored content to those individuals.

According to a report on the BBC, the Sideways project uses software to locate faces and the eye movements of shoppers captured on camera. These can then be used to change adverts on video screens depending on what the shopper looks at in the shop.

The technology could be on the market within five years and differs from other eye-tracking technologies because it doesn’t need any calibration.

Read more about the Sideways Project to track your eyes in supermarketers here.

When should marketers put moral duty before campaign activity? It’s certainly a question the team at Monster Beverage Corporation are asking themselves after San Francisco City attorney, Dennis Herrera, sued the organisation for marketing highly-caffeinated drinks to children.

The attorney alleges Monster violating California law by marketing its products to children as year as six years old, even though scientific findings have found such products may cause significant morbidity in adolescents as a result of elevated blood pressure, brain seizures and severe cardiac events.

Despite negotiation between the two sides, Monster pre-emptively sued Herrera in what CBS claims was an extraordinary attempt to halt his office’s investigation into its own sales and marketing practices. The attorney’s lawsuit comes one week after that filing and could see Monster pay significant penalties and restitution it it’s successful.

Read more about San Francisco versus Monster Energy in the CBS report.

Revelations of the ethnic background of the Boston Marathon bombers raised significant international debate as to why they committed such a terrible crime on 15 April 2013. It also caused a problem for the Czech Republic, which was forced to issue a statement emphasising the country’s distinction from Chechnya, where bombers Tamerlan and Dzhokhar Tsarnaev were born.

Following confusion on the location of Chechnya, the Czech Republic’s ambassador Petr Gandalovic released a statement clarifying the position of his country. “As more information on the origin of the alleged perpetrators is coming to light, I am concerned to note in the social media a most unfortunate misunderstanding in this respect. The Czech Republic and Chechnya are two very different entities.”

You can read the full statement from the Embassy of the Czech Republic in Washington DC here.

According to Google, consumers are served up an average 1,700 banner ads per month. On top of this, up to 10 per cent of all ads appear in positions that make it unlikely they were seen by human eyes, and the average banner has a 0.1 per cent clickthrough rate.

In a blog post discussing the issue, New Media and Marketing asks what impression marketers are really expecting to make when there are five or six ads to a webpage. It also claimed many continue to spend a lot researching and testing TV and print ads, yet simply (and incorrectly) repurpose them for web consumption.

So consumers are bombarded with Internet ads, and if the recent Pitney Bowes Software report on social media is anything to be believed, they might just be upset as a result of it. Isn’t it time you tested your website banners more thoroughly first?

Read the full report, The average person is served up 1,700 banners per month here.

The American Spectator claims to have increased page views among tablet users by 400 per cent after introducing an HTML 5 browser-based tablet experience with touchscreen capabilities.

In a world where everyone is scrambling to offer a tablet experience that wows the rising number of consumers using these next-generation devices, Mobile Marketing reports that American Spectator saw bounce rates halve as a result of implementing Onswipe’s platform.

“The tablet is the TV of this generation,” Onswipe CEO, Jason Baptise, said.