The chief of marketing, Andrew Sinkov, speaks to CMO about customer loyalty, social media interaction and why the company isn't focused on advertising

In the second of CMO’s series on marketing chiefs at fast-growing companies, we talk to Andrew Sinkov, VP of marketing at apps producer Evernote, about understanding the consumer and why customer ambassadorship is key in its communication strategy. 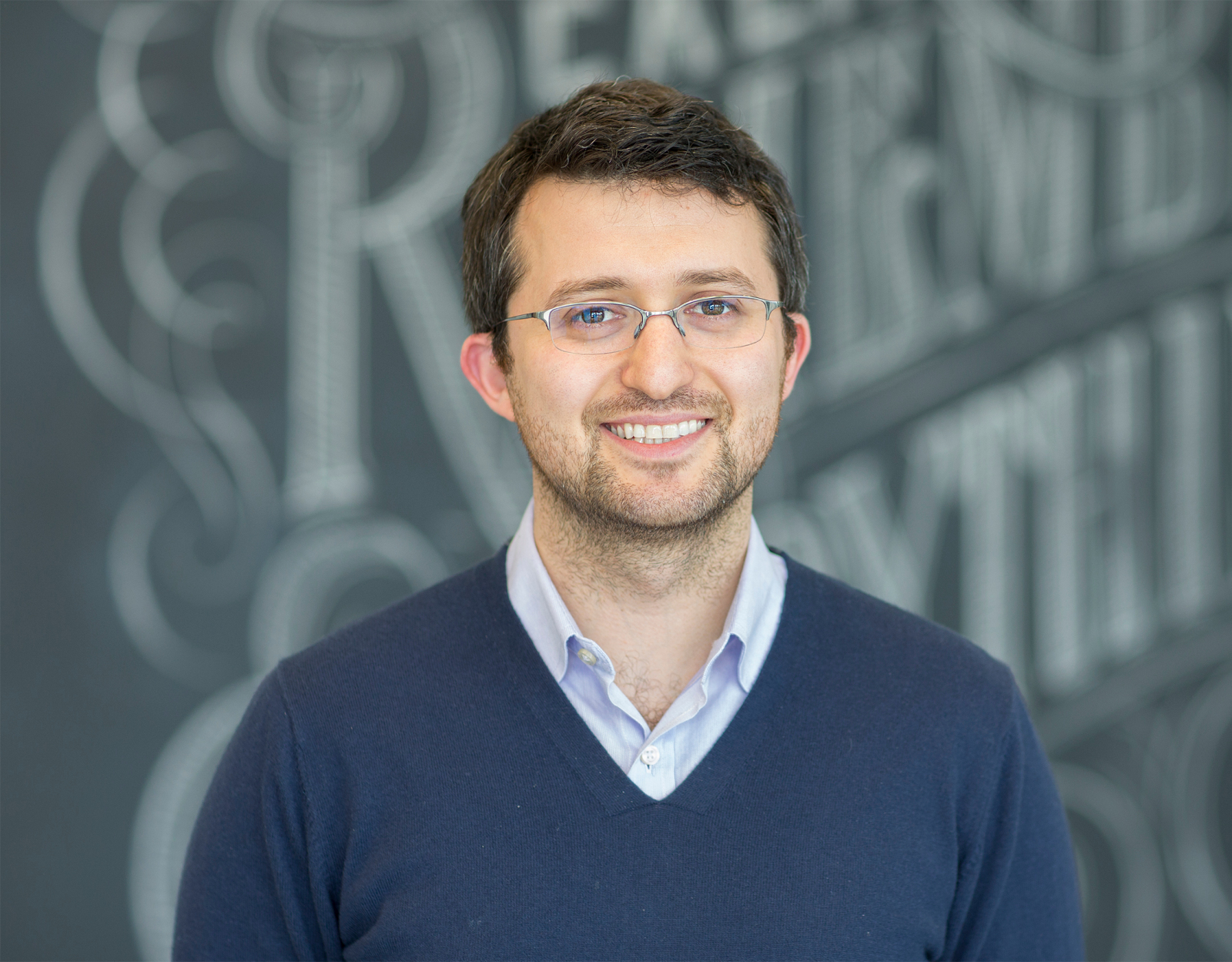 Evernote has a growing suite of digital apps designed to help people record, organise, share and optimise their life’s memories. Since launching in 2007, the US-based company has attracted nearly 50 million users across the globe, and has set its sights on cracking businesses this year as well.

VP of marketing, Andrew Sinkov, was one of the earliest employees and said he was drawn to the business because it was looking to do something incredibly novel, necessary and untouched. “What we promised to do is help people remember things, be more organised and be smarter,” he told CMO.

With the rapid rise in smartphone adoption, Evernote found itself on the cusp of the mobile apps phenomenon. Sinkov claimed Evernote was one of the few early tools that did a good job of connecting the phone and computer. Its products are now available on iOS, Mac OS, iPad, Android, Windows 8, BlackBerry, Firefox, and Web platforms.

Sinkov previously ran marketing at an enterprise-focused security software company, an experience he claims is as “different as you can imagine” from a consumer-oriented business. Just like Evernote founders, entrepreneurs Stepan Pachikov and Phil Libin, he wanted his next role to be about something that resonated personally.

“We are people with minds that need help remembering things and could always be smarter, so it was very exciting to take that on,” he said.

One of the first things Sinkov noticed was how direct an impact he could have on how the Evernote business evolved. “Every decision we make as a team has this very tangible impact on the direction of the company,” he explained.

“When we started, we had small ambitions and we didn’t yet know exactly what this could be. Now when we look at Evernote, we have more than 50 million users worldwide and we’re launching new products and services all the time.

“You realise this application you’re working on is more than a tool people use, it’s something that is changing their lives for the better, and is a lifestyle product. It has been exciting to watch that happen and help it along in terms of how we think about the brand and the messaging.”

Evernote is based on a ‘freemium’ business model, providing a fully-fledged product for free, as well as premium paid-for versions. According to the company, 35 per cent of first-time users become devotees, and 22 per cent of these become paid-up users within the first three years.

“We are not an advertising-based model, or data mining model. It is purely about delivering a product to our users that is free, and at some point they want to pay us,” Sinkov explained. “It takes time and understanding. We don’t push them, and it’s predictable: we know the more you use Evernote, the more likely you are to pay for the product.

“When you realise this is your business model, your approach to users is very different. We want the best, happiest, smartest users possible.”

To meet this need, the marketing department focuses on user education and employs content marketing as the basis of its go-to-market strategy. Core information and insights from its regularly updated corporate blog are then used in customised email marketing campaigns and social media interaction.

“That idea of ‘how do you align your company to your users’ needs?’ is completely different from how many companies still think today, and certainly how companies were forced to think in the past,” Sinkov said.

“Technology has made it so easy for us to have very personal relationships with our users through all sorts of mediums – social media, writing and content creation, blogging, email marketing. Rather than selling, it’s about creating a great experience for our users that they love, then tell their friends about.”

While most CMOs are busy trying to get the right platforms and staff in place to cope with the copious amounts of data needed to understand the customer now and into the future, data intelligence is a sensitive subject for Evernote. Because users are noting down their most important information into the platform, the company is careful to stress the line between the information it collates and the data residing in the application.

Instead, Sinkov’s marketing time relies on aggregate numbers, how different platforms are doing, the sentiment of the user base through surveys and social media channels, and the effectiveness of its content marketing efforts.

“We never go for the data sitting in our database as we’d rather have a positive relationship with our users that is in no way ever questioned by them,” he said.

This desire to elevate the individual and Evernote’s rise largely through word of mouth meant traditional advertising channels weren’t a priority. A growing program is Evernote Ambassador, which identifies enthusiasts around the world who are not only experts in Evernote, but have used the tools to improve a particular area of their lives.

The 50 ambassadors cover issues as widespread as parenting, architecture and productivity. They also hold events promoted by Evernote that focus on how to help other people use its tools more effectively.

“Our goal is to elevate their brand as people that understand both our value and the value our product has brought to their lives,” Sinkov said. “Not only has that affected the user community, but we’ve also brought that into the products as a way to educate others. It’s a global campaign and one that’s impacting how the core products themselves function.

“We see this as a very young program evolving in all sorts of ways.”

Strategies to cope with growth

The hardest thing about being the marketing chief of a rapid-growth company is the pace with which the brand and product set is changing. “You’re bringing new products to market that may almost redefine the scope of what your company does,” Sinkov said.

“You always have to be thinking of the new opportunity, how are we going to increase the company’s story, and how we expect these to impact our users’ lives.

“One of the biggest challenges is to take that growth and always be open to re-evaluating who you are, what you stand for and where you’re headed. For our users, we’re constantly providing new products and features they want. If you look over the past year – for example, Evernote has grown dramatically in terms of definition and what you can accomplish. The biggest challenge is not to feel bogged down by the way you defined your company in the first place.

“Your users are the ones who are re-defining you as part of their daily lives and it’s important to be open to that.”

This doesn’t mean forgetting the core brand promise, which in Evernote’s case is to make people smarter. “It’s about evolving what the company represents while always remembering where we started and why we’re doing this whole thing to begin with.”

For example, with its new Evernote Business offering, the company is diverting from its usual course of letting the individual work out use cases themselves and employing corporate communication methods such as case studies, webinars and training materials.

“Mostly that’s just a starting off point, because whatever guidance we give them, they will adapt it to be whatever they want it to be,” Sinkov said. “But with business there are expectations and we need to meet those in a way that’s best for them.”

Alongside newer products like Evernote Business and Evernote Food, Evernote is ramping up its telecom operator partnerships and recently signed a deal with Deutsche Telecom to offer its Premium version to its customers. It has inked similar agreements with Japan’s NTT DoCoMo and Orange in France.

“These forward-thinking carriers have devices they sell as part of the platform and want to offer subscribers additional value in a way that’s not just bundling, or saving you time by having to download an app,” Sinkov said. “It’s about thinking about the type of subscription a user has, and how they can give you more value with your contract.”

Regionalisation is another focus this year for Sinkov, who admitted it was a fine balance between being effective in all regions while keeping locally focused.

Whatever might be around the corner, one thing that keeps Sinkov enthusiastic is that Evernote is still evolving. “Our relative immaturity means we can still do something innovative and unexpected. We’re in a very exciting time,” Sinkov said. “We’re constantly adding new things to expand what the company means.

“We are changing, but it’s an exciting change.”

It’s for this very exposure to change that Sinkov recommended all marketers try working at a company like Evernote at some point in their career. “It’s a different mentality, and you’re part of an ever-shifting, ever-changing environment where you are along for the ride while also defining it,” he said.

“I know these things aren’t forever, companies do change and become large and more established. Right now we’re at a point where it’s just fun and exciting.”